Bartonella are obligate intracellular alpha-proteobacteria of the family Bartonellaceae. Cats and cat fleas serve as the main reservoir and as vectors of bartonellosis. The canine pathogen Bartonella vinsonii, however, appears to be primarily tick-transmitted. The antibody response to infections by Bartonella spp. is primarily directed against outer-membrane protein antigens and is most often detected using standard IFA and MIF methods. 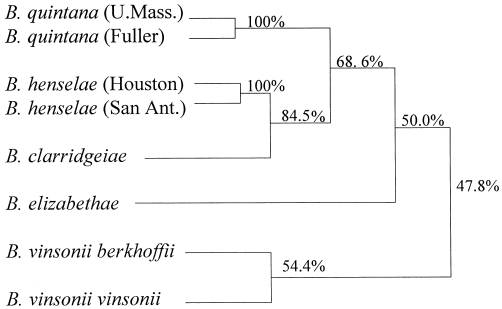