Rickettsia monoclonals have been produced against both protein and LPS (lipopolysaccharide) antigens of several species over the years. Some of the more popular ones have been made available for researchers in the field and are in stock, ready for shipping. Other clones require a few weeks of preparation.

Since those induced by immunization with outer-membrane proteins are rarely species-specific, the patterns of reactivity follow the relationships seen in the dendrogram of relationships. For example, Rickettsia conorii conorii may also react with R. conorii caspia and R. rickettsii, but not R. conorii indica. Graded reactivity to a range of different species is available for all clones (see individual datasheets). Please note that these reactivites were noted on formalin-inactivated whole cells by MIF testing. 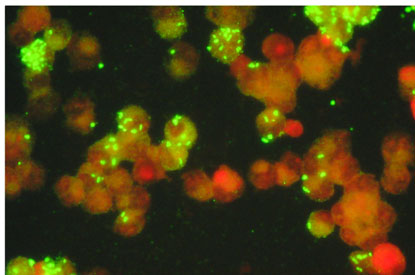